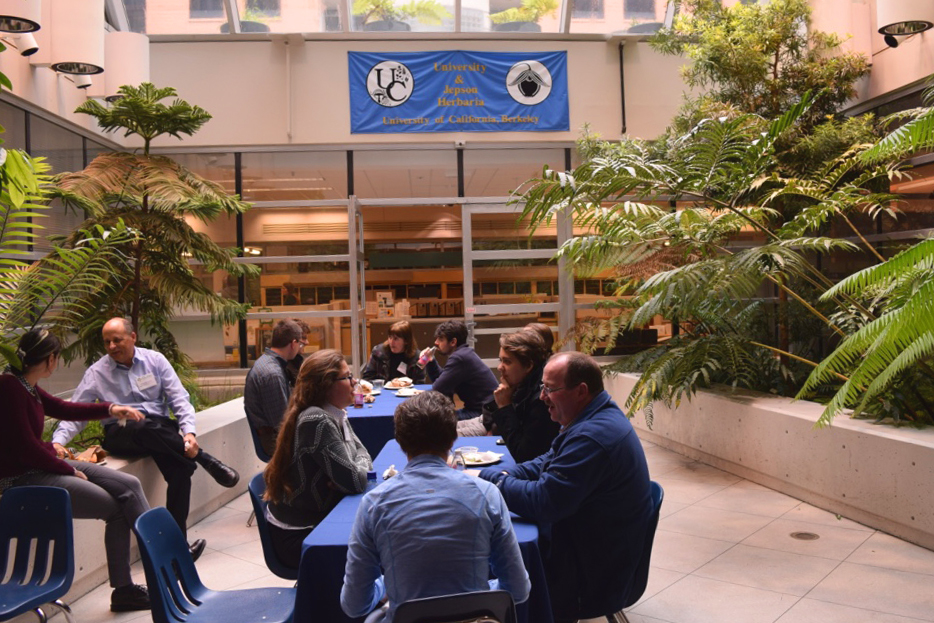 Herbarium specimens are rich with information above and beyond what is written on the label. In particular, specimens can tell us the phenological phase of the plant, as evidenced by the presence of buds, flowers, or young leaves. The timing of the growth of these structures, i.e., phenology, can be linked to climate variables, and is of interest to climate change researchers, plant physiologists, and botanists, to name a few. The vast resource of phenological data contained in specimens, however, is largely undiscoverable. Adding phenological information to herbarium specimen records, and, in turn, databases and biodiversity data aggregators, in a structured way was the topic of a recent workshop at the Univeristy & Jepson Herbaria at UC Berkeley (March 12-13, 2016). 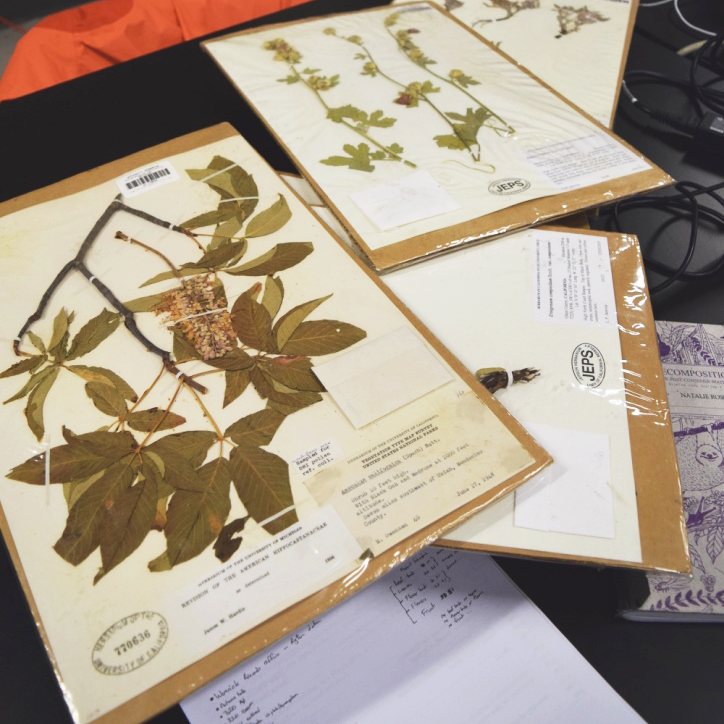 The workshop was organized by Gil Nelson (iDigBio), Jenn Yost (Cal Poly SLO), and Pam Soltis (U. Florida/iDigBio) in order to determine the best ways to code herbarium specimens with phenological data. The intense two-day workshop began with introductory talks from members of the various groups that were represented -- collections, field programs, data standards and research. Pam led off with an introduction to the workshop and iDigBio's interest in the activity, followed byJenn and Gil with presentations on the current percentage of phenology data associated with specimens (spolier alert: very low) and the flow of data from databases to iDigBio. John Wieczorek and James Macklin presented, and led a discussion, about Darwin Core and the potential to include phenological data within its existing framework. They also described other ways these data could be incorporated, such as with a Darwin Core Extension. Ramona Walls updated the group on work that she is leading on building a phenological ontology that will likely play a large role in the coding efforts. Patrick Sweeney presented work done by the New England Vascular Plant TCN and their next wave of work to code phenology. This was followed by the first of four breakout sessions. 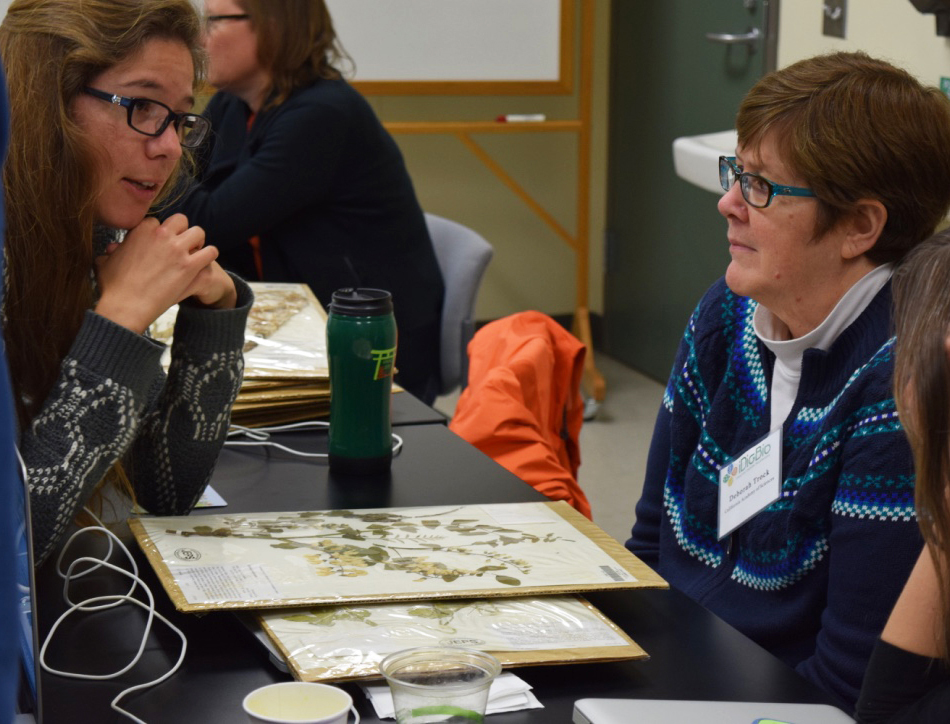 In small groups, we examined specimens and identified phenological and morphological traits that could be coded, along with the myriad issues involved in this. For example, is it possible to identify whether a grass is in flower from an image of standard resolution, or are a hand lens and the actual specimen needed? This activity raised a substantial list of possibilities and limitations that could arise from phenological coding.
In subsequent breakout sessions with different delineations of groups, we discussed ideas based on the needs and desires of those in our area of expertise, taxonomic groups requiring special attention, e.g., grasses and sedges, gymnosperms, and wind-pollinated non-grasses, and the most logical steps forward given the objectives of each group. In the last couple of hours of the workshop, we outlined a manuscript that will synthesize the state of the field and the ways we are working to advance it.
Overall, it was a very productive two days. We are all eager to make phenology a discoverable, usable part of specimen databases and have started to lay the groudwork for it. Read more about the workshop on the wiki. Thanks Jenn and Gil! 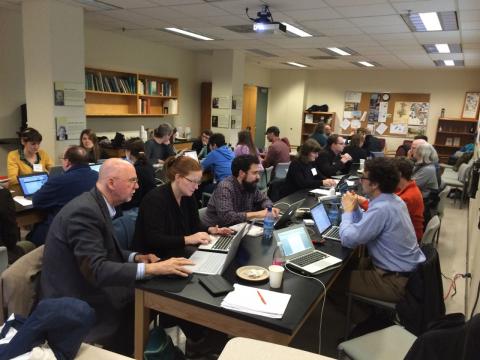