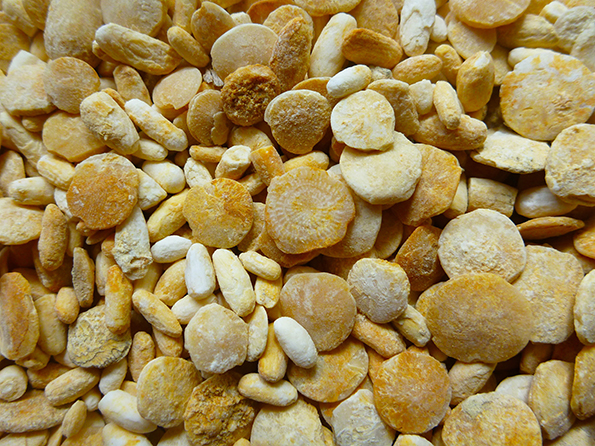 Nummulites and Alveolina from the Eocene of Madagascar.

Foraminifera are single celled organisms like amoebae, but unlike amoebae they have a calcareous test (or shell). These tests can be a variety of shapes and sizes, which are related to factors such as where a species of foraminifera lives. 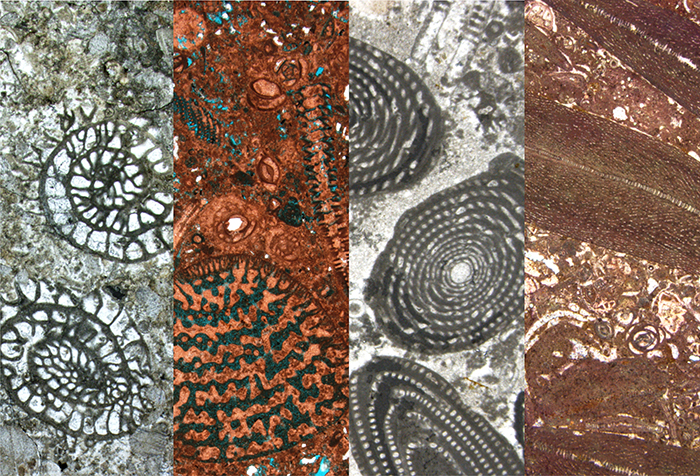 One of the reasons larger benthic foraminifera get so large and have these complex internal structures is because they house photosynthetic symbionts, such as single-celled plant-like organisms called diatoms, in a similar way to corals. The presence of photosymbionts means that larger benthic foraminifera also favor a similar environment to corals, up to about 100 m deep (the depth where adequate light still reaches the ocean floor) in tropical seas. It also means that they are susceptible to environmental change, making them very useful for tracking the effect of climatic changes in the shallow water in both the modern day and through geological time.

Larger benthic foraminifera have a long geological history, ranging from the Palaeozoic to the modern. However, they are best known during the Eocene (~56–33.7 million yrs ago), when they occurred in huge, rock-forming quantities. They are the dominant component of many shallow water limestone deposits, including those in Florida. The Avon Park Formation, Ocala Limestone and Marianna Limestone all contain abundant larger benthic foraminifera, so it is likely you have come across them before, perhaps without realizing!