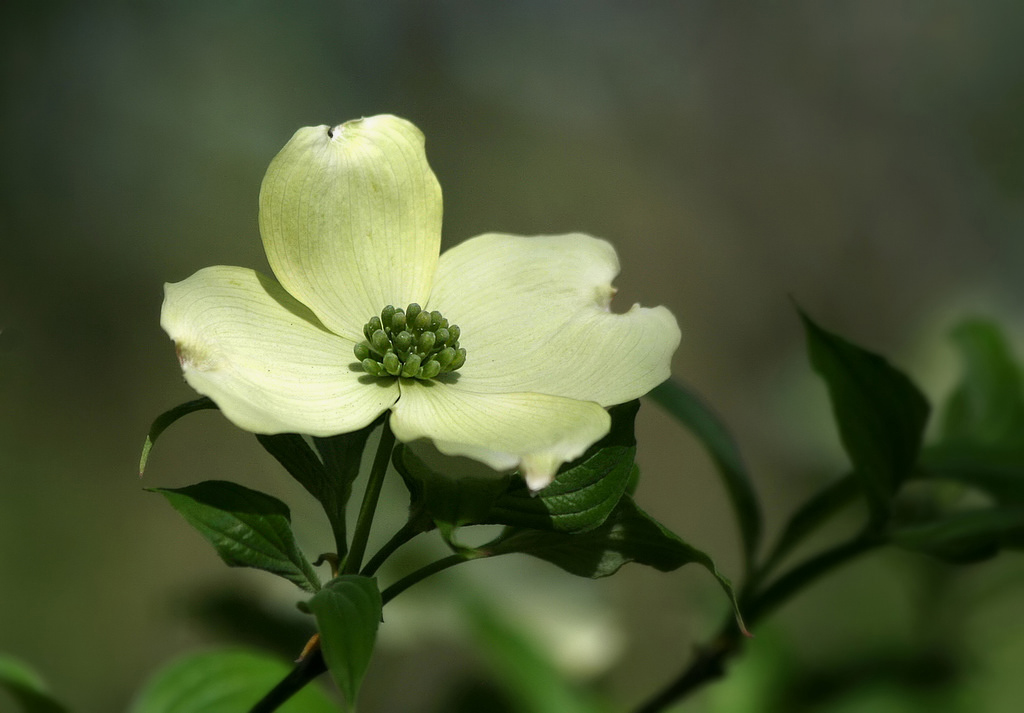 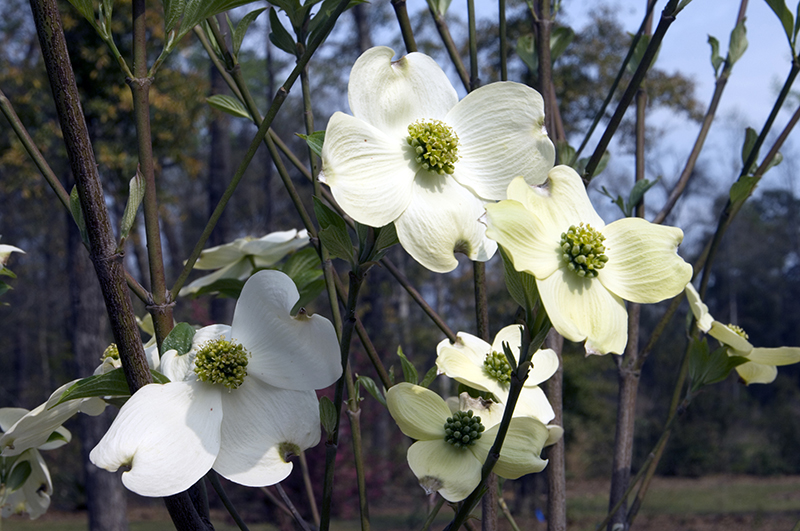 The genus Cornus is a group of woody plants in the family Cornaceae referred to as dogwoods. According to The Biota of North America Program's North American Plant Atlas there are 24 species, and the genus appears in all 50 states and Canada. 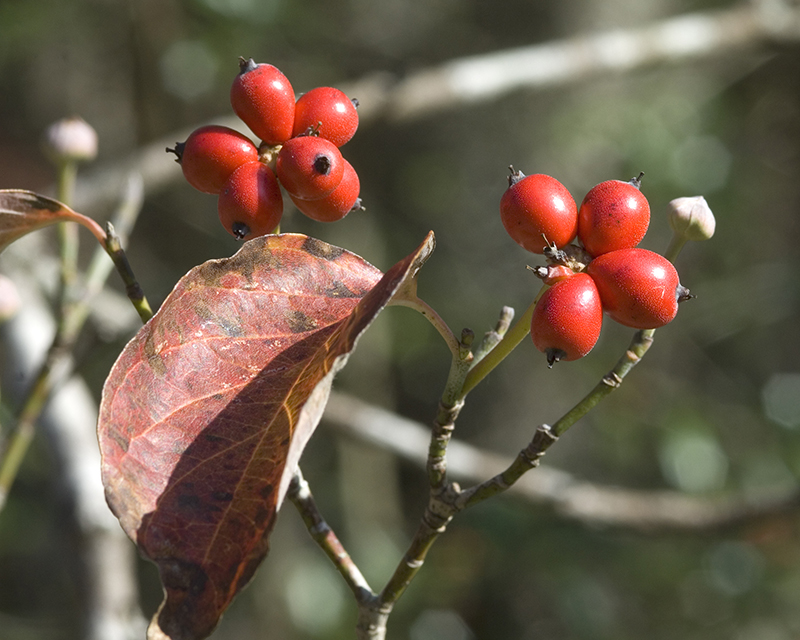 Cornus florida, or the flowering dogwood (pictured above and to the left), occurs in eastern North America, ranging from Florida to parts of eastern Canada. It is a small deciduous tree that matures to approximately 12 meters with blotchy bark and broadly elliptic leaves. Cornus florida produces an abundance of showy flowers that appear in compact, yellowish heads subtended by four enlarged, creamy white bracts. Its fruit is an ellipsoid, bright red drupe. This species is a popular ornamental due to its beautiful flowers. 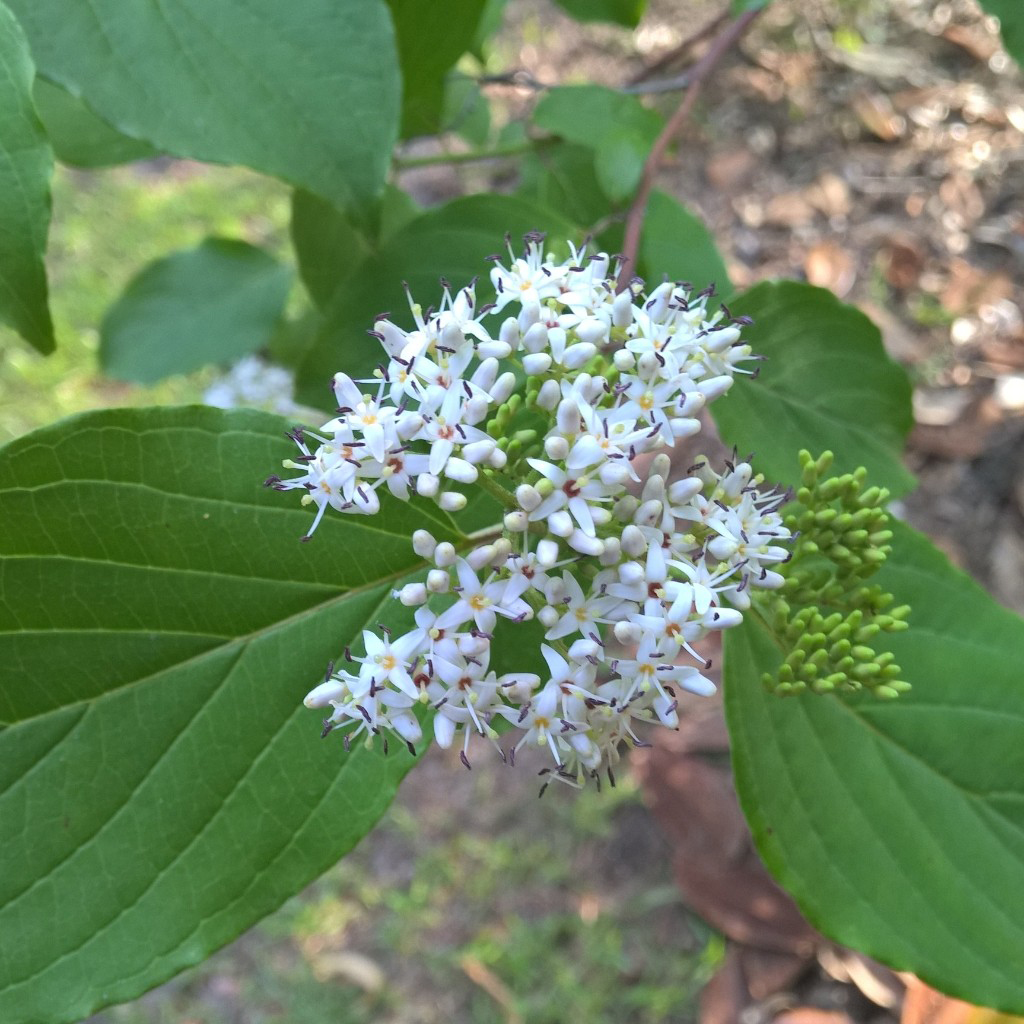 The photographs below and to the right depict a flowering and fruiting Cornus alternifolia referred to as the pagoda or alternate-leaved dogwood. It is more common in northern areas but ranges from Nova Scotia and Newfoundland westward through the Great Lakes region and south to Arkansas and Florida. This species can be distinguished from all other species of dogwoods in North America by its alternate leaves. Cornus alternifolia also differs from Cornus florida by being shorter (up to 9 meters) with small, clustered flowers and hairy, bluish-black drupes. 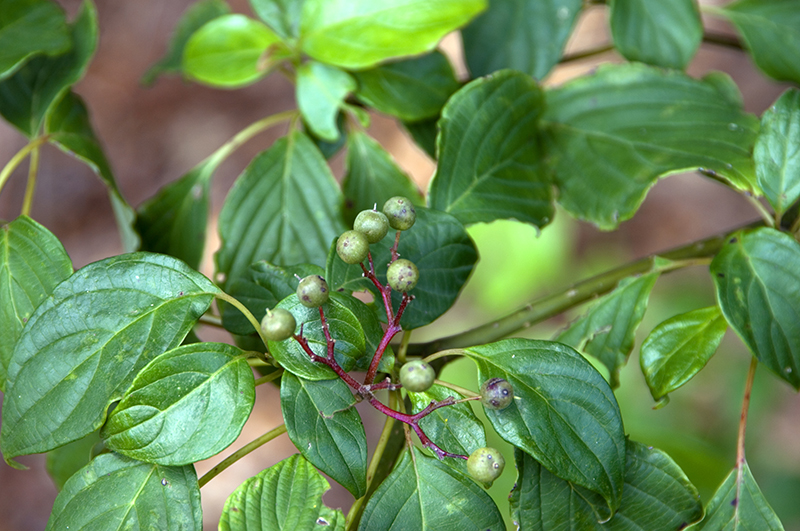