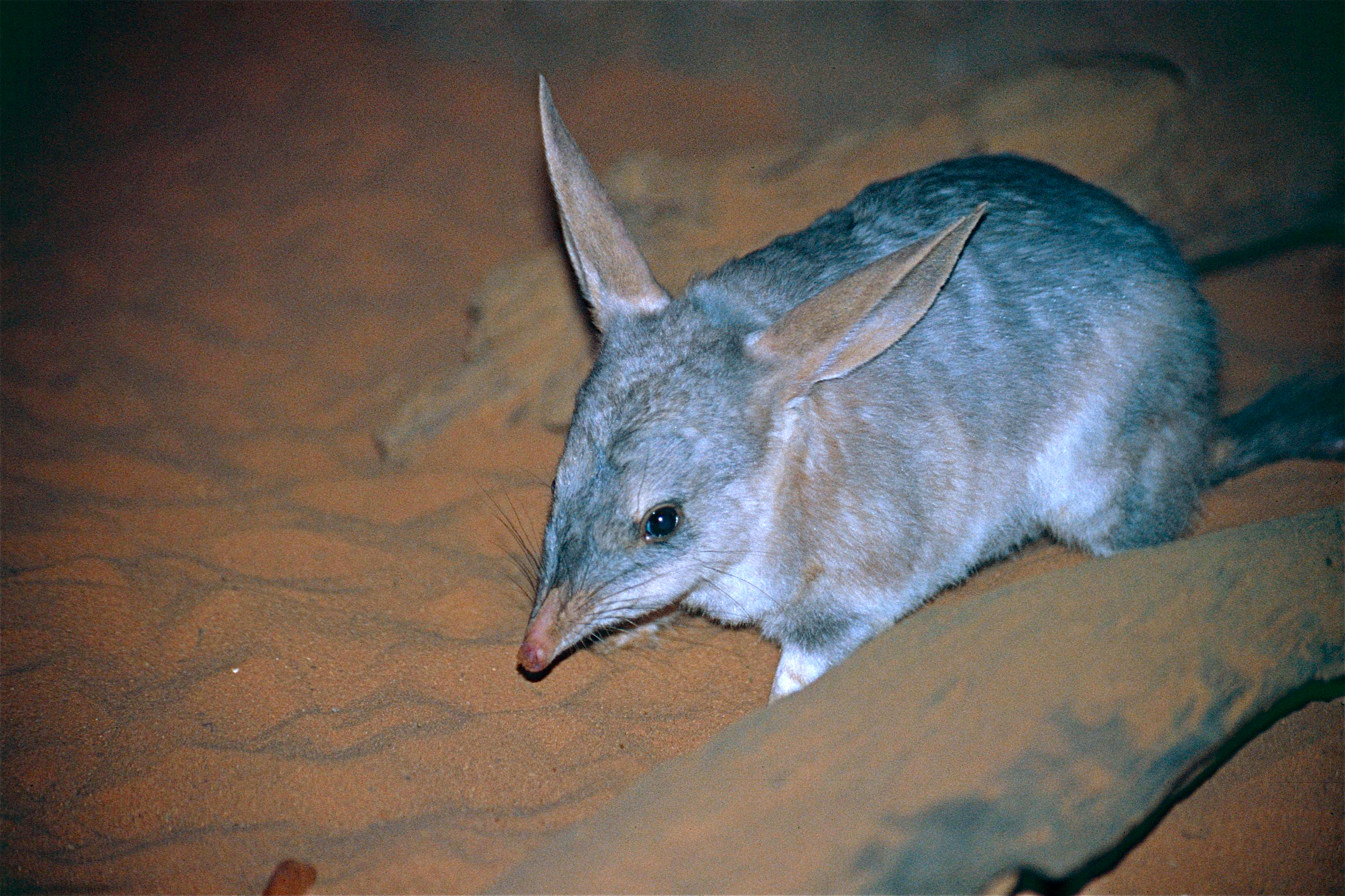 The Greater Bilby (Macrotis lagotis) is a species of marsupial found in Australia classified in the family Thylacomyidae. Greater Bilbies are found in dry, hot habitats in northwest Australia.  They spend a lot of time underground and use their burrows for protection against predators and the elements. The Greater Bilby is one of the largest rat-like species in the order Peramelemorphia (bandicoots) and has large rabbit-like ears with a pointed snout covered in sensory vibrissae, or whiskers. Their pouches open to the rear so that they do not fill with soil when they are burrowing.

The Greater Bilby’s current range is just a small fraction of what it used to be, and the species is listed as vulnerable by the ICUN Red List of Threatened Species. Introduced species have been the main factor for the dramatic population decreases.  Bilbies are easy prey for predators such as dingos, foxes, and house cats and introduced rabbits are to blame for stealing bilby dens. 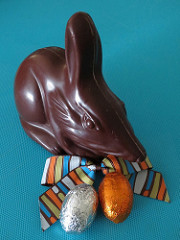 The Greater Bilby is well loved by the people of Australia. Even though rabbits have taken over many of its dens, the bilby is taking over Australia’s Easter.  Starting in the 1990’s, a movement began to make the bilby the Easter mascot. The sale of Easter bilbies has been fundamental to increase public awareness across Australia.  Much work to conserve Greater Bilby populations is underway as well, and they have been found to breed well in captivity and thrive in areas where introduced predators have been excluded.