From iDigBio
Jump to: navigation, search

This page is the identifier for user "Djennings". 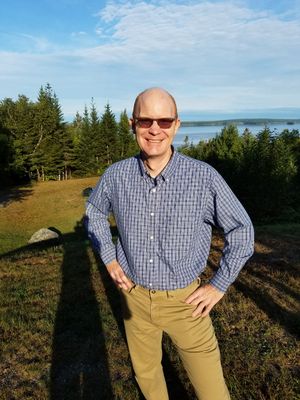 David is the Project Manager of iDigBio and is responsible for oversight of iDigBio operations, developing requirements, establishing goals, coordinating activities, and integrating activities among iDigBio, the TCNs, and other digitization efforts.

David currently serves as the iDigBio Node Manager and as the Regional Representative North America for the Global Biodiversity Information Facility (GBIF).

David is trained as an industrial/mechanical engineer and has more than 25 years of experience in project management and leadership spanning the aerospace, medical device, and consulting industries. David is a licensed Professional Engineer in the State of Florida and holds a Master's Degree in Industrial and Systems Engineering with concentration in Engineering Management.

David was born and raised in Albuquerque, New Mexico, and attended Harvey Mudd College in Claremont, California, where he earned his bachelor's degree in Engineering with concentration in Systems Engineering. David started his career in the aerospace industry at Dowty Aerospace and J.C. Carter Company, where he led and managed design projects for hydraulic and fuel system components for commercial and military aircraft. After earning his master's degree from the University of Florida's Outreach Engineering Management Program, David joined a late-stage start-up oral health care company, NovaMin Technology, where he founded the Product Development and Information Technology departments and directed the product realization process for medical devices and cosmetics. David then transitioned into the engineering consulting industry with CH2M Hill, where he led and managed multidisciplinary design teams for municipal water and wastewater treatment facilities. Most recently, David worked with Medical Device Technologies dba Angiotech where he led and manged multidisciplinary design projects for soft tissue biopsy instruments. David joined iDigBio as the Project Manager in August of 2012.

David currently resides in Claremont, California, working remotely to manage and support the project. In his off time, David enjoys spending time with his wife and their two dogs and participating in favorite past-times such as kayaking, hiking, camping, and fishing.